The Teensy website recommends using the Arduino software from http://arduino.cc/en/Main/Software instead of the repository (apt-get) presumably because the repository is out of date.

First I downloaded the Linux 32-bit version of Arduino 1.0.5 and extracted the folder to my Desktop.

I tried to run the "arduino" script in the folder but it failed with a java not found error.

Ok, fair enough. Ubuntu must not have any java libs installed by default.

I found this nice stackoverflow question that deals with the dependencies required by the arduino IDE.

Install all three by opening a terminal window and typing:

168 megabytes of downloading and installing later you should be able to run the Arduino IDE using the terminal and typing "./arduino" in the folder you extracted to the desktop.

Wouldn't it be nice if you could double click the "arduino" icon (shell script) in the folder and have it run the IDE without using the command line every time? 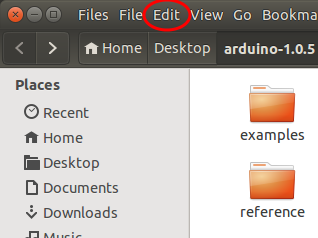 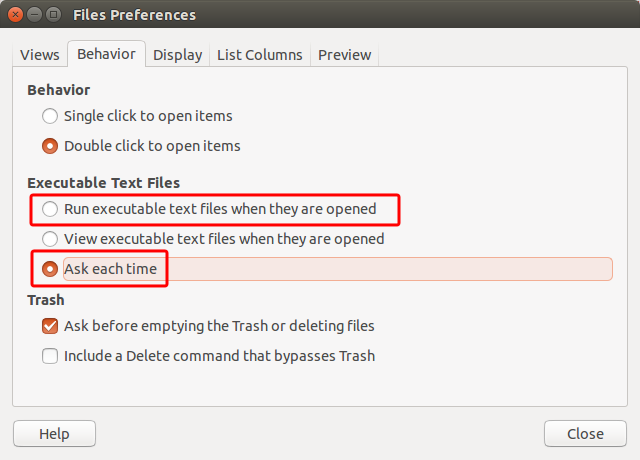 Now you will be able to double click the "arduino" icon and have the script automatically execute. 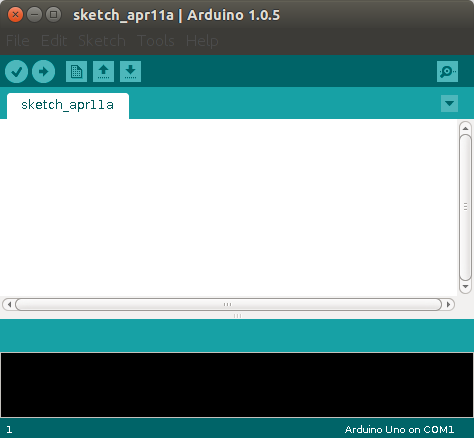 Now we need to get the Arduino IDE working with the Teensy 3.1.

PJRC (maker of the teensy) has an explanation of how to install their add-on to the Arduino IDE called "Teensyduino" here.

I'm going to take you through the process step by step.

Once downloaded you have to change the file to be executable.
Right click on "teensyduino.32bit" (or 64bit) and choose "Properties" 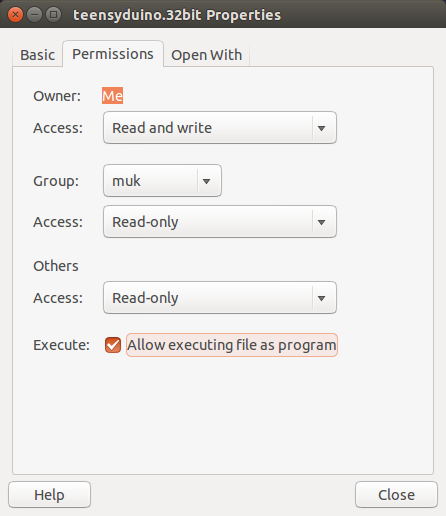 Now you should be able to double click on the "teensyduino.32bit" (or 64bit) icon and the installer will run.

Select the Arduino IDE folder and the "Next" button should activate. 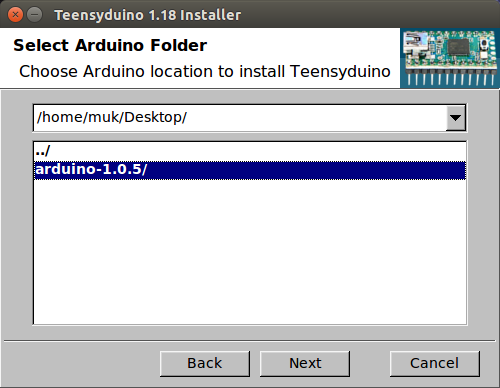 Click "Next" then choose all the support libraries you want to install. I usually just install all of them.


Next we install the "udev-rules" from PJRC which let us send programs to the Teensy over the USB connection.

Save the "Linux udev rules" file to your computer from the PJRC website. 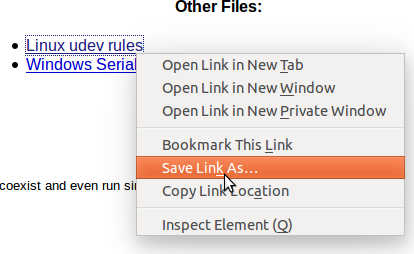 Open the terminal again and go to where you downloaded the file and copy it to /etc/udev/rules.d/

Now that the Teensy libraries are installed we need to start up the Arduino IDE and select the Teensy 3.1 as our development board. 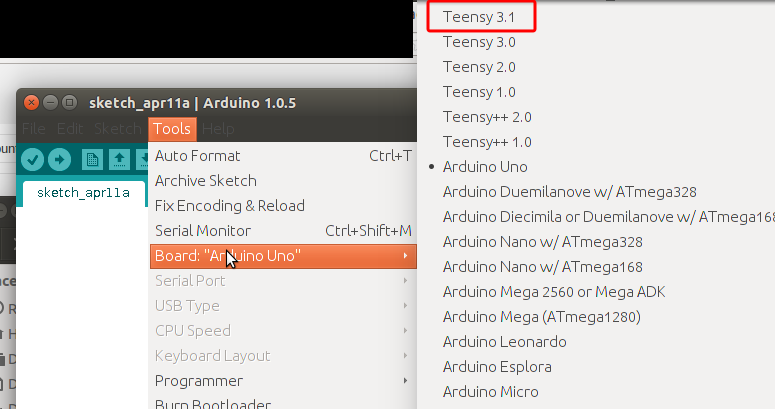 If all the above steps have been completed you should be able to plug in your Teensy 3.1 to a USB port and upload a sketch.
Posted by Spacecat at 9:33 PM